A sugar beet waste product could be a billion dollar ‘wonder material’ twice as strong as carbon fibre! Derived from nanocellulose particles (root vegetables, such as sugar beet pulp) it is now possible to produce an exceptional strong material: Curran. Now in paints and coatings, but in the future ‘the sky is the limit’ 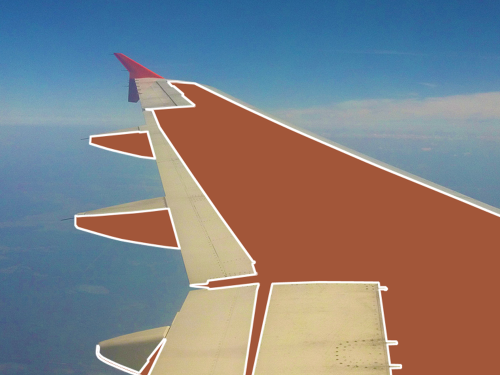 A Scottish company which has developed a material made from sugar beet waste believes the sky is the limit – literally. Cellucomp says its Curran product is twice as strong as carbon fibre and could one day be used to make airplane wings.

Curran was invented by Cellucomp co-founders Dr David Hepworth and Dr Eric Whale, a pair of Edinburgh-based scientists looking to create a composite to rival carbon fibre. But having proved the principle of Curran’s strength by making a commercially available fly fishing rod, they have since concentrated their efforts on developing a product for the paints and coatings industry.

According to Cellucomp chief executive Christian Kemp-Griffin, Curran’s physical strength, combined with its viscosity when added to liquids and composites, make it unique.

Curran is the Gaelic word for carrot, which was the first root vegetable that Hepworth and Whale experimented with, due to its easy availability in shops. They moved onto sugar beet, due to the sheer volume of extracted waste in factories from sugar production.

Wood is used by other nano cellulose manufacturers, but Hepworth says beet is preferable because it grows quickly and breaks down easily, and as the vast majority of the plant is wasted there is a positive environmental impact.

“It takes less energy to produce this material than it would to make nanocellulose from something else, like trees, so we’re trying to do this in a very energy-minimising way, which is good for the environment and it’s good for us because it saves costs of production, so we can potentially produce a cost-effective material and that opens a number of markets,” said Hepworth.

The firm has a new factory just outside Edinburgh, which is able to produce 400 tonnes of Curran powder per year, a substantial amount considering how little is actually needed in any product. For instance, it makes up less than one percent of the ingredients of the paint developed by Curran and paint company Whitson’s. Cellucomp wants to expand production to 2,000 tonnes annually within three years, having received much interest internationally from large manufacturers.

“The feed stock that we use is from a sidestream from the sugar producing industry,” said Hepworth. “It’s the waste pulp that comes after they’re removed the sugar, which is then pressed and dried into pellets for ease of shipment. So you can see the bottom of this stack here I’ve got the dried pellets. So that can be used as a low-grade cattle feed, but obviously we want to take this material and turn it into something that has a lot more value.”

Hepworth says that although sugar beet factories, mainly in Europe, create large amounts of waste pellets, they are looking into other natural materials from which fibre could be extracted, such as potatoes and palm fruit.

Arguably the largest current market for Curran is the £2 billion paint and coating additives industry. Cellucomp have already linked up with paint manufacturers Whitson to create a new range of paints, set to go on the market shortly.

According to Whitson, “one of the things that excited me about the Curran product was that a very small amount of Curran adds a significant amount of durability to the paint product. Secondly was the rheology, about how the paint flowed from the brush, how it flowed from the roller, what it was like to use, really I wanted a paint that over any substrate, however sucky or dry or very absorbent emulsions that you can work over that it didn’t drag, and that has really come out with the Curran,” she said.

Cellucomp has received major financial backing from the Scottish government and its economic development offshoot Scottish Enterprise, and now believes it is on the way to potentially becoming a billion-dollar company.